When the Tears are Happy Ones

When your child has special needs, there are a lot of hard things that come with that.  One of those "hard things" is seeing their difficulties spelled out in a report.  Seeing standardized scores is literally looking at a visual representation of your child's struggles.

When Colin received his official autism diagnosis, just reading those numbers physically hurt my heart.  I knew he was behind.  I knew he was struggling...but to see it on paper made it real.  Official.

Two years ago, Colin was diagnosed with Level 3 Autism Spectrum Disorder.  According to the DSM-5, this is the most severe form of autism and requires very substantial support. 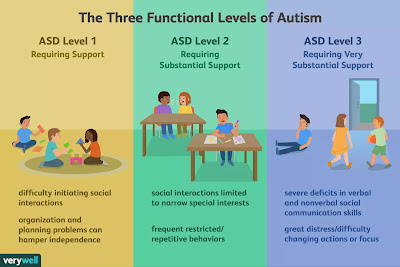 If that isn't heartbreaking, then I don't know what it is.

...but he did get intensive intervention when he started ABA about a year and half ago.  We had his six month review yesterday - and I always look forward to those meetings.  I see his progress every day, but I love getting to see his progress on paper.

This kid is amazing.  To see his progress just floors me.  To know where he was two years ago...I never would have expected this much growth in such little time.

It's not that I didn't believe in him, because I did.

It's not that I didn't hope, because I did.

I just had no idea what to expect.  I didn't know just how far ABA would take him, but let me tell you, my expectations have been met, exceeded, and truly blown out of the water.

As I looked at his most recent testing results, I cried.  (I know you expected no less).


I cried because I was so daggone proud of this little boy.  You're always proud of your kids, but when you know that your kid has to work ten times harder than everyone else, his victories are just a little sweeter.

I cried because I was relieved.  Two years ago, I was terrified.   Looking back at his first assessment results brought back all of those memories.  My mind was flooded with those thoughts and feelings I had in his younger years.  Would he ever learn?  Could he learn?  I honestly didn't know. As a concerned mama, I was drowning.  I felt like I was failing my son - I knew he needed more than I was giving him, and that's a heavy load to bear.  It sometimes feels like those "hard years" are a distant memory.  I almost have to stop and remind myself, "Oh yeah, he used to do that...or he didn't do that."  He is a different kid today.

I cried because he is defying the odds.  Autism can be scary and hard, but he is excelling and thriving.  His prognosis was fair with intervention, but I am here to tell you that he is surpassing that prediction.

I cried because I am so thankful for his ABA team.  Their hard work and dedication to his success and happiness is truly an answer to my prayers.  As his BCaBA said, "This is a life changed on paper."  I couldn't have said it better myself. Team Colin, you're changing his life.  I really hope you know how much it means to our family.  Your work has set him on a new path - a journey to becoming the best possible version of himself.  In my eyes, he is a success story, and you all have been a ginormous part of that.  Without your help, he would be in a completely different place today.  You are honorary members of our family (like it or not!).

I cried because his life has been changed.  Two years ago, there were so many things he didn't do.  So many questions and concerns and worries.  So much frustration...and lots of screaming and crying.  Today, you'd never know that he used to struggle like that.  Not that it is all rainbows and unicorns, but it is a night-and-day difference.

I cried because I remember the days that I prayed for this. I prayed for him to communicate.  I just wanted to connect with him.  I wanted him to be happy.  I wanted him to play with his brother.  I wanted to help him, but just didn't know what it was that he needed.  ABA has been the answer to my prayers.  After years of begging God to help him, He led us to the most amazing ABA clinic.  Our journey to these most wonderful people was not just coincidence, but divinely planned, I'm sure of it.

I cried, because I know just how blessed, fortunate, and lucky we are to have this intervention for Colin.  He is one of the few kids in our state who has access to this life-changing intervention. Fewer than 10% of the autism population here has access to ABA, and that fact isn't lost on me.  My heart breaks to think of how many children could have the same successes if only given the opportunity.

I know that many people believe that ABA is controversial, but good ABA? It is life-changing.  We aren't trying to make Colin "not autistic."  He will always have autism.  No, we are trying to help him.  Support him.  Set him up for success. Prepare him for life.  We are meeting him exactly where he is and will continue to encourage and push him to even greater feats.

Colin, you are one amazing, awesome kid. You are going to change the world, Stink.