The Darsts just finished our third Disney vacation.  As always, we had a great time, and I wanted to share a few highlights from our trip.

We knew we loved Disney two years ago when we realized just how accommodating and understanding they are of those with disabilities.

The boys are five and six years old, and they really enjoy meeting the characters.  Before the trip, I made sure to program Colin's device, LAMP Words for Life, so he would be able to say the characters' names when he met them.  I have to say, each character really took time to watch and listen as Colin used his AAC device to say their name.  He loves Wreck It Ralph, and Vanellope got super excited when she saw her name on the device.  It's the little details like this - castmembers taking the time pay to pay attention to a kid who communicates differently - that sets Disney apart. 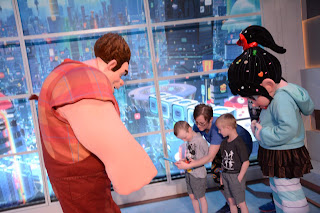 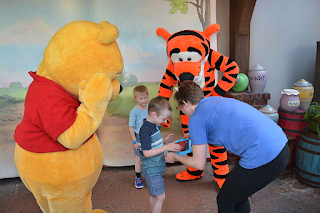 Finley also beat Ralph in a game of rock-paper-scissors, everyone thought that was pretty funny too: 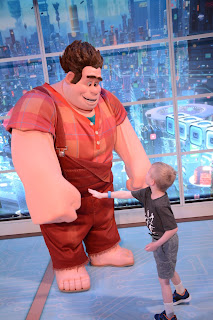 Finley said he just wanted to hug all the characters, and that he did.  He decided that Pluto is his favorite, so we had to meet him twice.  (And Grandma spent like $30 on a Pluto hat.)  We also learned that he's our adrenaline junkie and he loves rollercoasters and going fast. 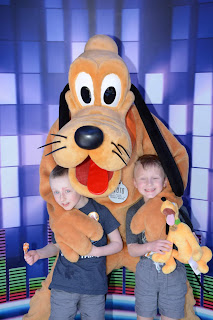 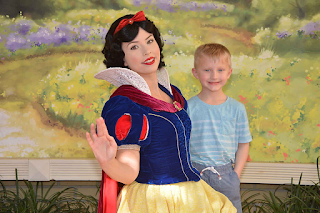 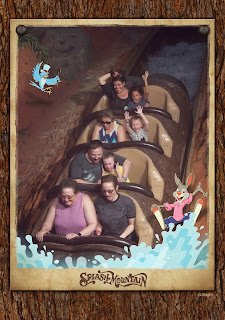 Colin has never been able to enjoy fireworks.  The booming sounds scare him, and we always have to find a place to hide out or just leave the park early.  We tried ear muffs this time, and they worked wonderfully.  He got a little anxious a couple of times, but overall, he loved the fireworks show at Epcot.  He smiled, clapped, and said, "yay!"  He also looked over at me two different times and said, "Thank you."  Heart.melted.  Just the fact that he could enjoy this with the rest of the family, that was enough to make my trip....but then the fact that he is able to TELL ME "thank you,"....he has come so far in the last year. 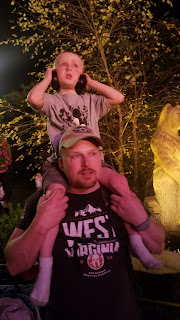 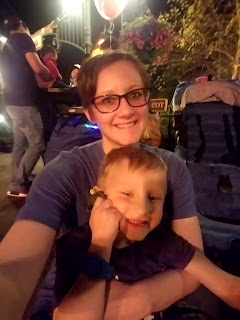 Curtis and Finley are big-time Star Wars fans.  Deidra and Colin...not so much, but we went along.  Colin got anxious before we went in to see Chewbacca, and by the time we got in there, he wasn't having it.  The music was super loud in there, so I said I would take Colin outside while they went to see Kylo Ren  (and who am I kidding, Kylo Ren is super intimidating and I wasn't about meeting him anyway!) 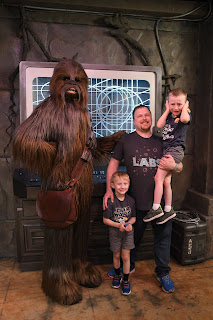 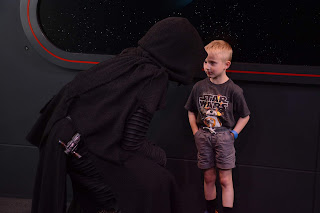 Colin and I made our way outside.  We found a little area that was empty (a rarity at Disney), and we sat down to get calm.  I heard Storm Troopers approaching.  I thought, "Oh no.  They're coming."  Ya see, I don't love meeting characters, I just do it for my kids.  I've never been a big fan of costumed-characters.  But I looked down, and suddenly, there's a big white Storm Trooper foot right beside...no getting out of this one.  But guys, the two Storm Troopers and their three body guards? Handlers? First Order Supporters?  Whatever they're called....they spent a solid five minutes interacting with Colin.  A castmember offered to take my phone and take pictures which I thought was super sweet.

I should have gotten their names because this little five-minute interaction made my week.  They took the time to talk to a little boy who has autism and had just had a rough time.  They were caring, understanding, and thoughtful.  This smile says it all: 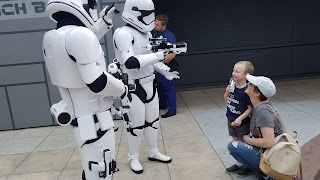 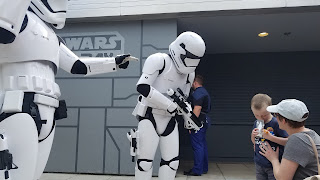 And to the Storm Trooper who stood there patiently while Colin stuck his hand down his armored-leg...thanks for being cool about it, Bro.  We will definitely have a talk about how to appropriately interact with a Storm Trooper for our next trip. 😂 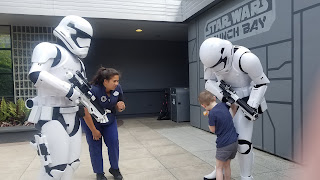 Here are just a few of my favorite pictures from the week: 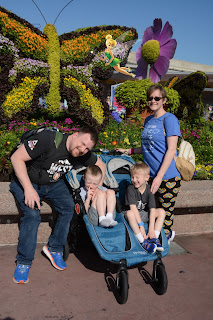 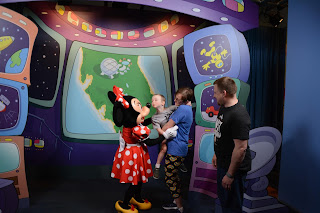 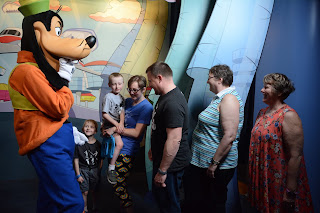 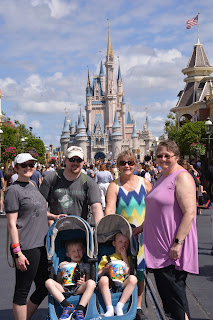 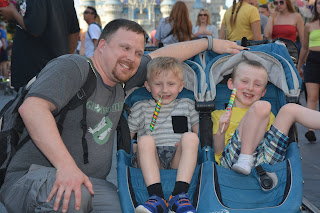 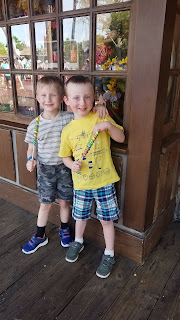 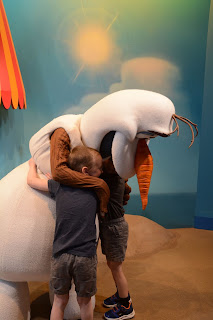 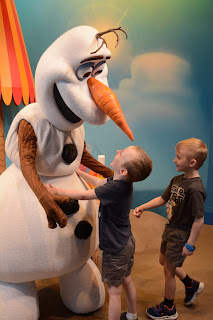 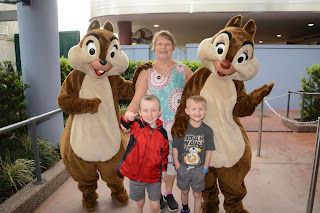 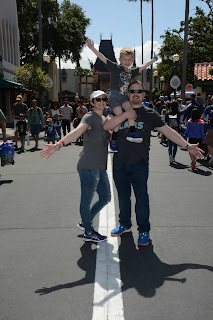 As we head into Autism Awareness Month, this is the advice I want to share:

-Be kind, you never know what someone is going through.  They aren't BEING difficult, but they might be having a difficult time.
-Take the time to really listen to kids like Colin on the spectrum, because they have things to say.
- If you initiate an interaction, I promise it'll be worth your time.
-Be patient, because kids like Colin sometimes need more time to process and communicate.

One small act of kindness just might make someone's day, so take note from Disney and BE KIND.