As part of AAC Awareness month, I have a story that will impress upon you the importance of alternative and augmentative communication.

Colin loves Grandpa's camper.  All summer long, he would go to their house, run out to the camper and want to go in.

One day, Grandma told him, "It's locked, we need to tell Grandpa that we need the key."

Colin verbally started saying, "key."  Now, every time he says "key," we know that he is wanting to go in the camper.

Friday night, he saw the camper pulled down in the yard being loaded for a weekend camping trip.  He wanted to go in so badly!  I added "camping" to his device.  I showed him where it was, just one time, and he smiled.  He took the device, navigated to the correct page, hit "camping," and then verbally said, "GO!"

So guess where Colin went this weekend?  He went camping with Grandma and Grandpa.  This was his first overnight stay away from Mommy, and honestly, it felt weird.  Even Finn said, "It's weird without Colin."  We all missed our Stink, but I know that he had a great time.

This is how Colin's device functioned to "augment" or "supplement" his verbal communication.  He could say "key," and we know that means "I want to go in the camper."  "Go" is pretty self explanatory.  He wants to go in the camper....But by adding "camping" to his vocabulary on his device, he was able to tell us that he actually wanted to go camping.

"key" + "go" for Colin might have just meant that he wanted to sit in the camper while it was parked in the front yard.

BUT "key" +"camping" +"go" meant actually going away from home to stay in the camper...actually camping.

Do you see how one little word completely changed the meaning and outcome of that communication?  For kids like Colin, expressing more abstract thoughts or requests isn't easy.  I  know there are plenty of times that Colin wants something, or wants to do something, or has thoughts about things that he cannot yet express to us - and that breaks my heart.

When Grandma came up to get him Saturday morning, he got his device and said, "camping."  He was hugging Grandma and was so excited.

As we loaded him up in the van, he was so excited - he was going camping!

I almost cried.  One, I was sad to see him go somewhere without me and I'd miss seeing him have fun.  Two, I worry about him anyway, and he was going to be out of cell phone service for 24+ hours.  What if he runs?  What if they can't catch up to him?  What if he gets sick?  What if he misses me?  What if he won't go to sleep without me?  What if there are bears? (That is a legit thing, because bears are real, people.)

Also, they were happy tears.  Happy for him that he was headed to do something that he really enjoys.  Happy that he is able to go with Grandma and Grandpa.  Happy that they want to take him, even though it's making more work for them.  Happy that we have help and support from our family.  Happy that Curtis and I get to spend some alone time with Finn, doing things that he likes to do.

Colin had a great time, just look at these pictures: 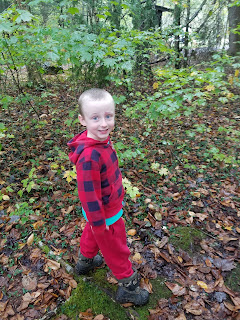 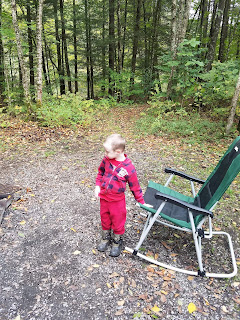 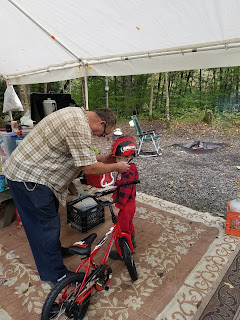 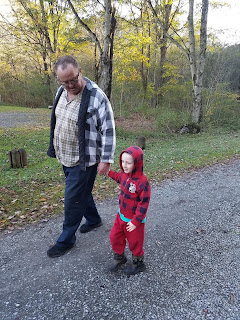 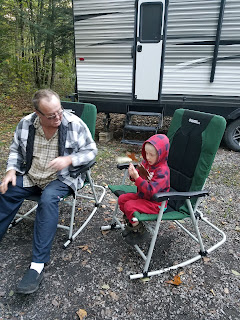 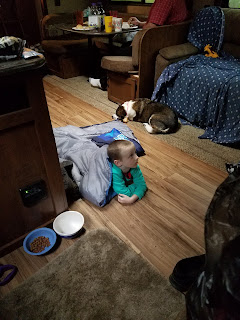 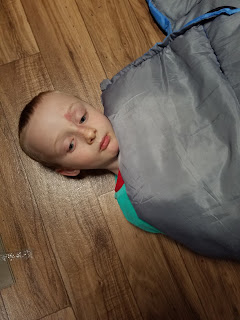 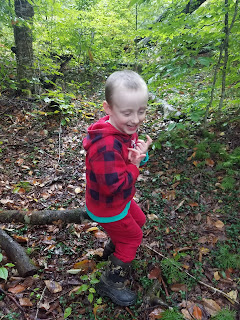 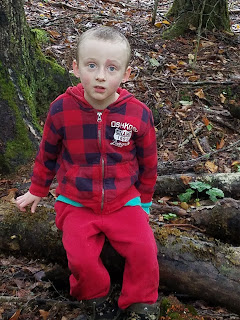 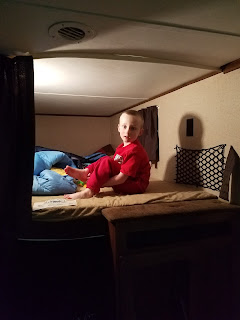 Finley also had a great time too (but he missed his little brother!): 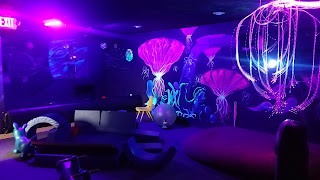 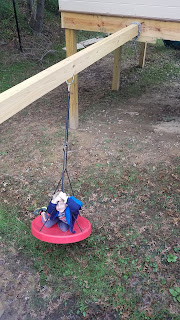 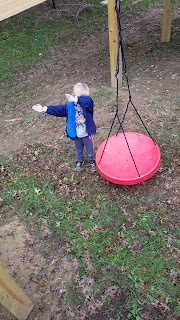 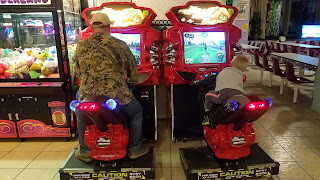 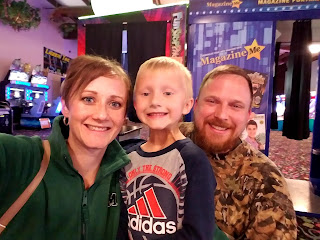