In 2016, I accepted a full time position in the schools.  Two months later, Colin was diagnosed with Sensory Processing Disorder (SPD).

I was torn.  I loved my job, but all year, I felt like I needed to be home with him.  He was two, and I was missing the vital "early intervention" time.

At the end of that school year, I took a leave of absence.  I had so many plans.

I was going to "fix" everything and get him ready to enter preschool for the next school year (which, as I write this, is just two weeks away).

We were going to work on: sitting at the table, completing tasks that weren't his idea, you know, all of the "preschool readiness" tasks.

More importantly, I knew that we needed to target daily life things.   We had to do things to make our lives more manageable. We were going to make grocery store trips just to practice being at the store.  We were going to attend church every Sunday and try to stay in his toddler class.   We were going to try new things, just to give him experiences (because Temple Grandin says that experience is the most important thing you can give a child on the spectrum).

When my year off began, I knew that Colin had autism...but I thought I could "fix" the delays, deficits, and differences.  I could work with him every waking hour, and we could make such big gains that he would "be okay."

During my year off, he got his official autism diagnosis.  He started daily ABA therapy.

Guys, ABA has changed his life.  It has changed our whole family's life.  He has made so much progress that I just cannot even believe it.

-he can sit at the table for almost an hour, completing work that isn't his idea.
-he follows almost all one-step directions.
-he matches items and pictures.
-he uses an AAC device to tell us what he wants.
-he also has VERBAL words, and he tries to imitate so many new words every day.
-he is able to go to the store without meltdowns.
-he doesn't run from us anymore, and will hold our hands when we go out.
-we can change up our routine and it doesn't upset him.
-he doesn't scream and cry all the time.
-he tells us when he needs to potty.
-he SLEEPS ALL NIGHT EVERY NIGHT!


Most importantly, he has gained a self-confidence that has given him new life.  He has the confidence to try new things, and he is so proud of himself.  He even likes to ride his bike, just like big brother!  He never would have tried that before now.


As I look back on this year, I am blown away.  I am so excited and proud of everything that he is doing now.

This year has changed my perspective, and I think my realization might help someone else out there:

Colin doesn't need to be fixed, because he isn't broken.

He just needs more help, and as his mom, it was my job to get him that help.

I stopped looking at his deficits as things to "fix," and started to see them as areas where he just needs more help.  Yes, he has delays...deficits...differences...and that's okay.  I don't need to change him in any way, because he is exactly who is supposed to be.  I can do everything within my power to help him:  to make his life easier and happier.

I might not have "fixed" him, but he is still going to be okay. 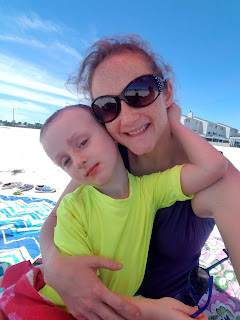 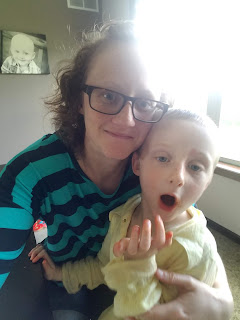 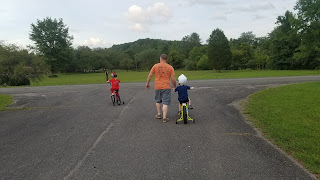 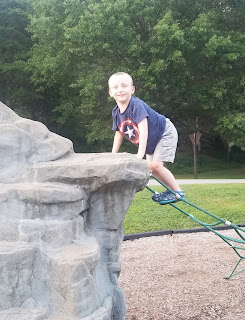