My Two Cents on the Movie Theater Incident... 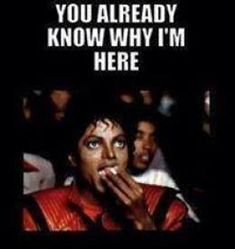 This past week, there was an incident at a movie theater involving a child with special needs.  A foster family had taken their children to see a movie.  One of the teenagers has some complicated health issues.  About 30 minutes into the movie, staff asked the family to leave....why?

...because apparently the girl was breathing too loudly and it was disrupting the other movie-goers.

The theater offered the family a private showing of the movie (I believe that they declined the offer and left the building).

As you can imagine, this has sparked some heated debates on social media.

-Some say that the family should have been allowed to stay.  If others were bothered by her breathing, too bad, they should have moved.

-Others say that the girl's breathing was bad enough to bother several different people, so the theater did the right thing by asking the family to leave.  The other patrons "had the right" to watch their movie in silence.

As I'm sure you imagined, I have thoughts on this....

I completely understand wanting to watch a movie in silence.  You pay good money,  (I mean seriously, why does it cost a small fortune to see a movie these days?!) and you want to enjoy your experience.  I have been known to complain to management when people talk nonstop during movies (or constantly look at their cell phone, or answer their cell phone, or just generally make a lot noises or distractions).  I get it, I really, really do.

But let's put ourselves in that family's shoes:

A foster family, who obviously has at least one child with special needs, decides to do a family activity.  What can they do?  This child is in a wheelchair, so they are limited to what they can all do.  I believe that she was also blind, so this family activity needs to be accommodating to that fact.

They choose to go to the movies.  The children are all enjoying themselves, and suddenly a staff member comes in and asks you to leave.  You were offered a private showing of the film, but you decline.  You leave the theater feeling defeated, angry, upset, hurt, targeted, singled-out, ostracized, belittled, judged,....and don't get me started on the kids and how upset they probably were when they didn't get to finish their movie!

You might say, "BUT WHY WOULD THEY DECLINE SUCH AN OFFER?!  They could still see the movie, so what's the matter with that?"

In my "special needs parent" eyes, it feels a lot like this:

"Oh, so we are welcome to be here at your theater, but no one really wants us here, so you'll sneak us in the back?  You'll hide us from the rest of the world so no one has be "inconvenienced" by our child who has special needs?" (And a sidenote here: if they live it every single minute of every single day of every single week of every single month of every single year...you, Cupcake, can hang for 2 hours.)

Because going out can be hard anyway.  Maybe it took that family a long time to work up the courage and stamina to attempt an outing like this....only to be asked to leave.

Because it shows that as a society, we value our own comfort and enjoyment more than we care about other people.

Because this shows that we still have a long way to go before we reach "acceptance-level" for those who are different from the general public.

And this is why I write - in hopes that our "awareness" of special needs will eventually grow into "acceptance."