Excuse me while I brag...

This is my blog, so if I want to brag a little, that's allowed...

Because I'm doing it.

My son is AWESOME.

I'm just so, so proud of the progress Colin is making.  I could have only hoped six months ago that he would be where he is today.  He has just blown my mind in the last few months.

Now, to my story for today:

They are building a new playground at his school (ABA center).  It is a tree house with a big ramp up to the deck.  You can see it from the door...

He went to the outside door and used his device to say, "water."

He goes back to his device and says, "car ramp."

He keeps saying "car ramp" to which she keeps telling him that the car ramp is in his room and he can play with it later.

He goes to his device and says, "outside car ramp." 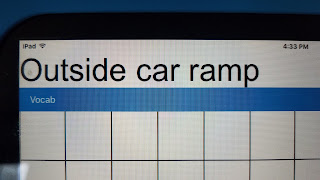 He was talking about the ramp on the tree house!!

I mean, that is language use at its finest!!  His device only has certain things on it right now (favorite toys, foods, a few places, actions,etc.) and he was able to combine those few things into a phrase that communicated what he wanted to say.

So, so smart.  He's not just a pretty face, people.

And just look at this navigation process he had to go through: 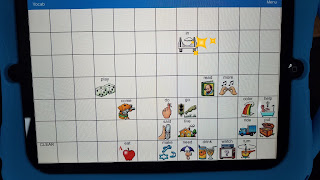 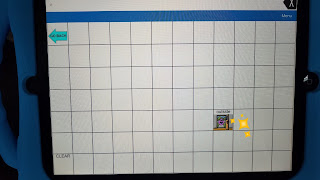 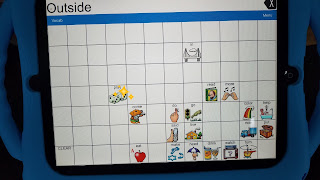 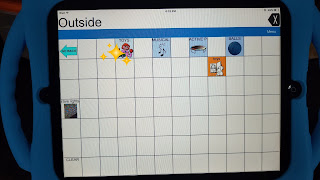 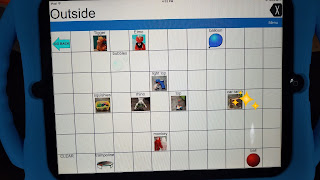 Then today, the boys had well visit checks.  We went out to eat afterwards.  I am always terrified to take the boys out to eat by myself.  Will he sit?  Will he run?  How is this going to go?

It went smashingly.  (We don't really use that word in my neck of the woods, but I propose that we start.  It's a fantastic word.)

Both boys waited nicely with me while I ordered.  They chose a seat while I got drinks.  They sat and ate.  We sat for 30 whole minutes.  A manager came over and asked how things were going.  She asked the boys what they did to earn a cookie.  I said because they had been good at the doctor earlier, but I should have said, "because we are actually eating IN a restaurant!  and sitting!  and smiling!  and enjoying a family meal away from home!

Little things are big things and deserve cookies!  (Too bad I'm on a low-carb diet...) 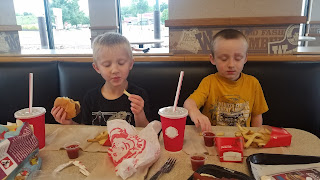 (For anyone interested, Colin uses an iPad with the Prentke Romich app LAMP Words for Life.  LAMP stands for Language Acquisition through Motor Planning.)