I've been absent for a while, and I want to share a story today.

We lost my Pawpaw to cancer on Thursday.  He was diagnosed with cholangiocarcinoma (bile duct cancer) in January.  This is a very rare, very aggressive cancer.  He lived 11 weeks after the diagnosis.

He wanted to do treatments even though the doctor told him that they would not cure him.  After one treatment, he had to stop because it caused congestive heart failure and also made him diabetic.  He was the strongest, hardest-working, most contrary person I have ever known.

He received this diagnosis in January.  We were just getting ready to leave for our Disney vacation.  I felt really bad leaving, knowing the situation I was leaving behind at home.  Everyone assured me that things would be okay, we should go and enjoy our trip.

While at Disney, I decided to get Mawmaw and Pawpaw a puzzle.  They have always loved puzzles, so I thought that would be the best gift.  They could build this puzzle, we would glue it and hang it in the boys' playroom.  They would always have that puzzle.  It would remind them of our fun trip, and they would know that Mawmaw and Pawpaw built it for them.

Pawpaw was strong, and he tried to remain as active as possible.  Just two weeks ago, he was climbing a ladder into the attic!  We also had someone snooping around our house two weeks ago. Pawpaw stopped the guy in the driveway and shot his gun into the ground, just to prove to him that it was loaded and he wasn't afraid to use it.  That guy hasn't been back since!

Pawpaw had really slowed down and was staying inside more and more.  When this happened, Mawmaw got out this puzzle.  Everyone who came in to see him would work on it.  It was the hardest puzzle ever because all the colors were so similar, and every single piece fit in every spot!  Everyone in the family had worked on this puzzle...except Pawpaw.  Mawmaw even took two pieces over to him and said, "These pieces go together, just stick them back together."  He couldn't even do that.

When we got down to the end, we had one piece missing.  I had run the vacuum, so we checked the trash to see if it had been sucked up.  Mawmaw looked under tables, and my brother checked all of the floor vents.  No puzzle piece.  We even asked Pawpaw if he had hidden the piece, because he was famous for doing that, as he liked to put in the last piece of a puzzle.  We resigned ourselves to the fact that the missing piece would represent the missing piece of our family after Pawpaw passed on. That was about a week and half ago.

As I have said, Pawpaw was a fighter.  I was supposed to go to Pittsburgh to see Temple Grandin on Friday.  I talked to his nurse, and she said that I should go.  He would probably make it through the weekend.

I said, "Don't go anywhere until I get back."

At 12:15, my mom called to tell me that I needed to get home RIGHT NOW.  For anyone who wants to know, my car will hit 100 mph.  Sorry, Law Inforcement Guy that I passed on the way home.  I had to get to home.

Pawpaw went home to Jesus that afternoon.  I was there holding his hand, and I am so glad I was there for him.  Temple Grandin can wait, Pawpaw couldn't - he had suddenly gotten into a pretty big hurry.

About thirty minutes after he passed, my brother walked into the room holding that missing puzzle piece.  He had found it sitting smack dab in the middle of the couch.  Everyone had sat on the couch in the last week and a half.  I had just walked in twenty minutes before, looked at the couch debating where to sit, and there had been nothing there.

We all cried.  I said that Pawpaw got to Heaven and said, "God, where is that puzzle piece?  I'm going to put that piece in!"

I realize that it had probably been stuck in the cushion, or wrapped up in a blanket, but the fact that it showed up right after Pawpaw met Jesus, that was special.

His nurse had been sitting in that spot just prior to the piece being found.  I truly believe that she was Heaven-sent.  She was truly a wonderful, caring person who helped us all through the most horrible day.  Want to know something extra special about her?  She had also sat with my other Pawpaw 18 years ago as he died of cancer.  This lady was special.  Maybe, just maybe, she was the angel that God used to bring us that puzzle piece.

Today is April 2nd, which is Light It Blue Day for Autism Awareness and Acceptance.  You know how important this cause is to me.  The irony is not lost on me - the puzzle piece now has so many special meanings to our family.

Pawpaw loved my boys so very much, and they loved him.  I know that he always worried about Colin.  He always said, "I just wish the little feller could talk."  I like to think that, this puzzle piece coming back to us exactly when it did, was a message from Pawpaw.  You see, he had been talking to Jesus for a while at that point.  I am sure that Colin had come up in their conversation.  I think Pawpaw was sending us a message:  Our puzzle is now complete, and Colin will be just fine. 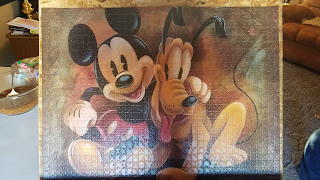 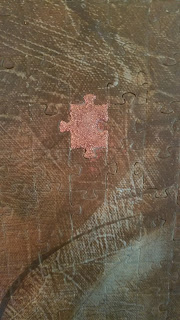 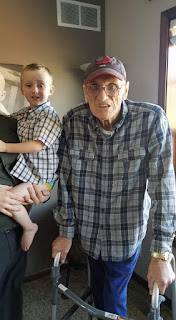 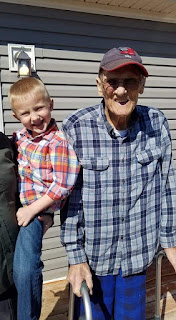 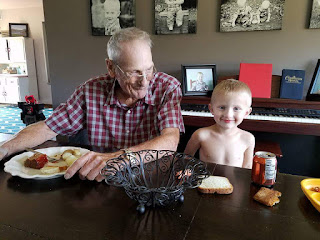 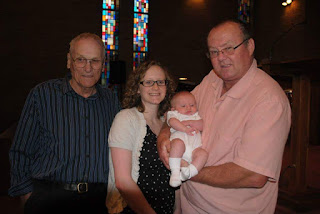 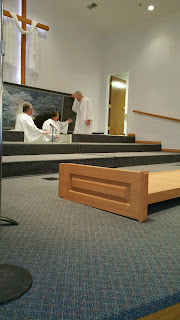 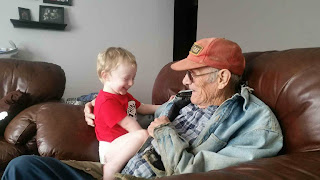 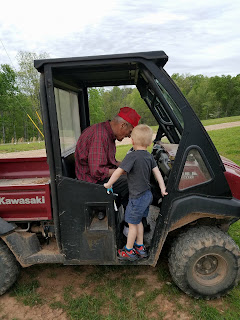 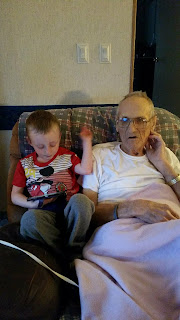 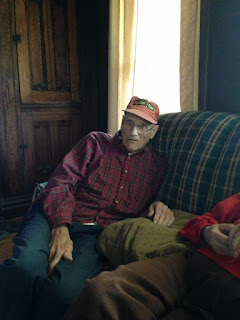 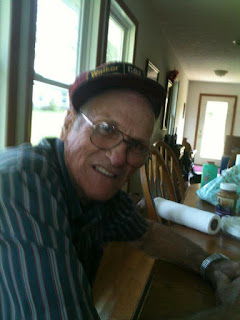