This post is dedicated to Colin's birth to three occupational therapist, Sonya. 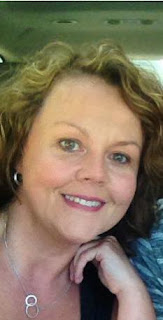 As a speech therapist, I felt like I knew everything that needed to be done to help Colin.  "He just wasn't talking, after all."  I specifically had not called in early intervention services earlier because, and I quote, "I know what the therapists would do, and it is exactly what I am already doing."

When my best friend (an OT) explained some sensory things to me, I knew that his needs were out of my zone.  I needed to call in extra help, because I was not personally equipped with that particular skill set.

I was most anxious for his OT evaluation because that is where we really needed help.  Sonya was with us for several hours during his initial evaluation.  She watched him, pointed out the things she saw, and explained his sensory difficulties.

Before that evaluation, I thought Colin's receptive language was zilch.

He didn't follow directions.  She pointed out that he was understanding, but his processing time was so delayed that he was completing the task minutes after we talked about it.

I thought he was zoning out because he would randomly stare off.

She pointed out that that stare was what he did as he processed things.

I couldn't understand why he would randomly crawl  at almost two and a half years old when he had started walking at 10 months old.

She explained that crawling was a grounding task that he used to help with his sensory processing problems.

I knew he moved a little differently than Finn did, but I had not thought much about it.

She noted that he was a very low tone little guy.

He was always jumping, climbing, moving.

She explained that he was a sensory seeker.

It all made so much sense after she explained it.

After that initial evaluation, I was in tears.  I felt like, on that night in August 2016. at almost two and half years old, I met my son for the first time.  Sonya, you introduced the real Colin to us.  You saw him underneath all of the sensory issues that I couldn't understand.  I remember looking at him afterwards, and feeling so much heartache, because I had not seen him before that evening.  I had completely misread everything that his actions were trying to tell me (crawling, chewing on everything, the sensory-seeking behaviors).

We only worked with birth to three for about eight months, but your work in that short time changed the trajectory of our lives.  We learned to understand Colin's sensory processing disorder.  You taught us how to help him.  He is a different kid today, and I give you so much credit for that.  Where would we have ended up without your help?  I'm afraid to wonder.

Colin was in there the whole time.  You helped us bring him out.  You gave us the tools we needed to work with his sensory system instead of against it.

You saw his true colors and helped us see them too.